Here you’ll find Part 1, and Part 2 of my travels.

After that first disastrous hike through the Jasmund National Park I basically showered not only myself but also my jeans and my running shoes (as mentioned in part 2). Since I traveled very light, only with a carry-on, I had only another pair of pants, dress pants that is. I knew it would take a few days for my jeans to dry, so the next day I dressed up and decided to pay a visit to the “queen” of the island of Ruegen: the city of Binz. It’s probably the most known “Kurort” on the island. It’s got this beautiful, many kilometers long promenade. I had very fond memories of this city. Because exactly 10 years ago I had spend three weeks with my kids in the city of Binz. It was the summer before our move back to Canada. I had actually forgotten which city we had stayed in. But my daughter was pretty sure it had been Binz.

I arrived in Binz by bus. Once I got off the bus I just looked for signs to the beach. And once I arrived at the promenade, I knew exactly where to go. It was the funniest thing… like I was being guided toward a certain area, toward a certain building. And sure enough, about 20 min later I stood in front of the building we had stayed in 10 years ago. It looked unoccupied, and maybe a little abandoned. When I started taking pictures, some men came and asked what I was doing there. So I explained to them that we had stayed in this clinic 10 years ago. When I asked them what happened to it, they explained that it had been closed about three years ago. So I took a few pictures to show to my kids about the fun times we had had. 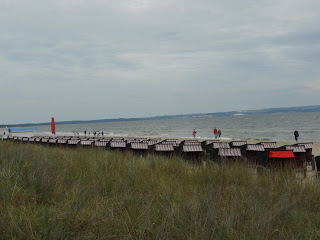 My first glimpse of the beach in Binz. 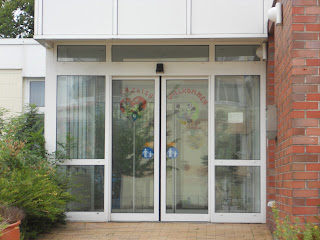 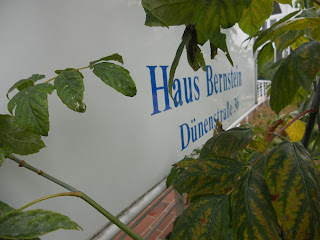 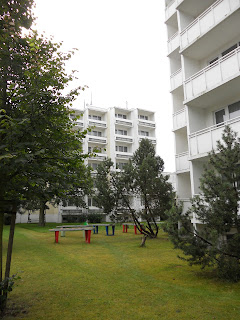 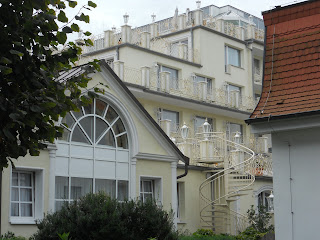 Next to the former clinic is the very posh hotel Rugard. 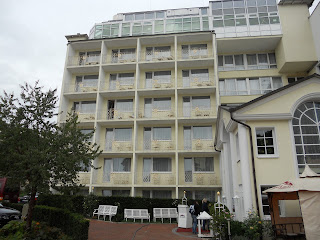 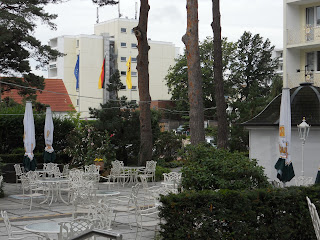 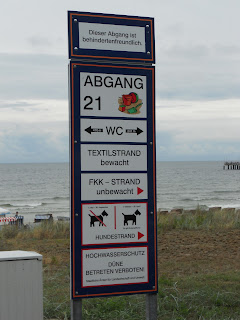 And back to the beach. I’m glad they’ve got it all on the sign. You know exactly where to go… 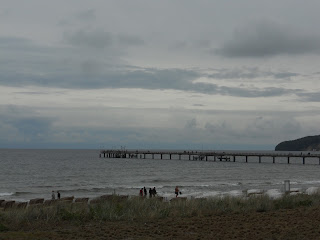 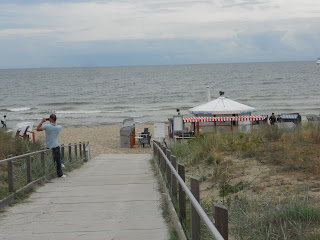 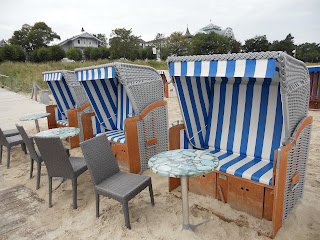 A cafe on the beach. I love these “Strandkoerbe” (literal translation: beach baskets)
One day in Sellin I rented one for the whole afternoon. I just loved it! 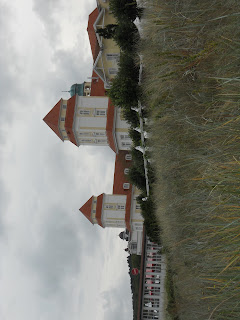 I don’t know what to do about this photo. It just won’t turn, it will not allow me to delete it. So if you tilt your head, you can see the “Kurhaus” at the centre of the promenade.
10 years ago, when I was there with my kids, Angela Merkel was campaigning and one of her stops was in Binz, at this same “Kurhaus”. Of course I went to see & hear her. I dragged my kids along, the only way they would be quiet and let me listen to Angela Merkel’s speech was the promise of a big ice cream afterwords…

I’m very grateful for all the good memories I  have of this trip (and of trips before!). And since it’s cold and windy outside, it’s nice to remember the summer days…