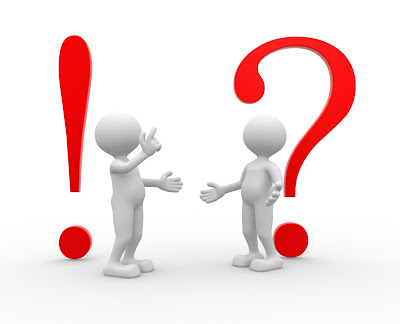 Lately I have been thinking about the job I once held. I was called the executive assistant to one of the executives, let’s call him Mr. X. There were tremendous responsibilities attached to his position. It was an international corporation, and some 25+ general managers from around the world reported to him. His inbox was overflowing with messages, and there was never enough time for him to answer all his mail/email by himself. To lighten Mr. X’ load I would answer most of his correspondence.
How was I able to do that?
Because I knew Mr. X. I knew the sound of his voice, his vocabulary, his maneurisms, even his mood he was in the day I was responding to the letter or email.
How did I know Mr. X so well?
I was constantly in contact with him. We had a meeting first thing in the morning to go over the day’s details, we discussed the meetings’ contents before and after his meetings, many times he would ask me to sit in on the phone calls he would make. We also spent many lunches to update each other, and the work day would usually end with another meeting or if I had to get home “on time” we would have the meeting on the phone.
It might seem like an intense day schedule. Remember: this was at the beginning of this century when cell phones and texting were fairly new and internet and email were just a few years old.
Yet this experience reminds me of a spiritual truth: I can only know the voice of God by being in constant contact with God.
If I don’t spend time in prayer and neglect to read my Bible, I forget what God’s voice sounds like. It’s a very simple truth but one that I need to be aware of. There have been times in my life where I did not pick up my Bible for months at a time, or didn’t really take time to pray. When I would get back to it, I felt like I needed to get reacquainted with God all over again. Like with a friend that I haven’t seen or spoken in years.
The Gospel of John reminds me of this truth. Jesus is pointing to Himself as the good Shepherd:
“I tell you the truth, anyone who sneaks over the wall of a sheepfold,
rather than going through the gate, must surely be a thief and a robber!
But the one who enters through the gate is the shepherd of the sheep.
The gatekeeper opens the gate for him, and the sheep recognize his voice and come to him.
He calls his own sheep by name and leads them out.
After he has gathered his own flock, he walks ahead of them,
and they follow him because they know his voice.
They won’t follow a stranger;
they will run from him because they don’t know his voice…
“I am the good shepherd. The good shepherd sacrifices his life for the sheep…
I am the good shepherd; I know my own sheep, and they know me,
just as my Father knows me and I know the Father.
So I sacrifice my life for the sheep.”
John 10:1-5, 11, 14-15 NLT
How well do I know the voice of Jesus? What priority do I put on getting to know His voice?