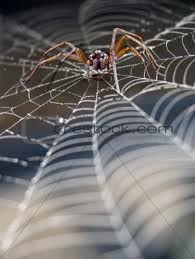 Does that resonate with anyone? It sure does with me. It’s really great to offer up a prayer of confession and thanksgiving to God, as we’ve seen in Nehemiah 9. But what about after the prayer is said? What about after we say ‘AMEN’?

The people of Israel were so serious about following God’s Law and obeying Him. They made a promise and put it in writing with a seal and signatures. I had to think of the German saying, “Wenn schon, denn schon.” It’s all or nothing, not something inbetween,They went all the way, from start to finish!

“Then the rest of the people – the priests, Levites, gatekeepers, singers, Temple servants, and all who had separated themselves from the pagan people of the land in order to obey the Law of God, together with their wives, sons, daughters, and all who were old enough to understand – joined their leaders and bound themselves with an oath…” (Nehemiah 10:28-29a)

They bound themselves with an oath. That was serious business in Israel. There was a LOT at stake if you sealed it with an oath. All of Numbers 30 deals with vows. It says in verse 2: “A man who makes a vow to the LORD or a pledge under oath must never break it. He must do exactly what he said he would do.”

1. Marriage: God did not approve of a mixed marriage. “The danger in mixed marriages was the loss  of faith on the part of the Jewish mate.” (a)

2. Observing the Sabbath: the Jewish Sabbath was supposed to be a day of rest and meditation on all things spiritual. The people of Israel disobeyed God greatly when it came to the Sabbath. “This was one reason why God sent them into captivity, that He might give the land seventy years of rest. This would compensate for some 500 years of disobedience on the part of the nation (7×70), one year for each neglected Sabbatical Year or Year of Jubilee.” (a)

3. “We promise together not to neglect the Temple of our God.” (Nehemiah 10:39b) And so they promised to pay the temple tax, bring the wood offering, the offering of first fruits, and the tithes. “We must so love the Lord that generous giving will be a normal and joyful part of our lives.” (a)

“We make a living by what we get,
but we make a life by what we give.”
(Winston Churchill)
“Wherever your treasure is,
there the desires of your heart will also be.”
(Jesus in Matthew 6:21)

Lord, don’t just clean the cobwebs of my life, kill the spider, too!

(a) Warren W. Wiersbe, “Be Determined”