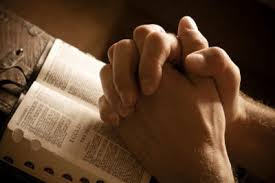 Ever since I came across an article on BBC yesterday, I haven’t been able to stop thinking about it. The article has the title: “Bulgaria holds prayers to end suicides and despair.”

As I kept reading it I was surprised that the Bulgarian President, Rosen Plevneliev, had called the country to unite in prayer. It stated that almost 200 people had committed suicide this year already. The despair about poverty and corruption in the country are believed to be the reason for these suicides. But what actually got the attention of all were seven people who set themselves on fire in protest about the situation in Bulgaria. “Five people died and two were severely injured.”

This protest caused so much attention to the problems in the country that the President called the people of his country to prayer. The churches in Bulgaria decided to unite in prayer on Friday, Saturday and Sunday. The President was quoted,  saying “Faith has preserved our nation over the centuries. And it will now help us to believe in our strength and our future.”

To me this call for prayer sounds more like a last resort. Let me explain what I mean by that. It seems that nothing else is working, nothing else is giving the people of his country hope. And so in an attempt to battle this despair, Rosen Plevneliev called everyone to prayer.

On the other hand, it is a big step for a President to acknowledge that he can’t do much anymore. And he acknowledges his dependency and that of his nation on the One and Only God who can save all. What a turnaround of events in that country. Three full days of prayer! What other country has done that lately? What other President has called his people to prayer?

Even though it sounds like prayer is being used as a last resort, it’s nonetheless a big step! Reading through the Old Testament, I have come across so many examples where the Israelites were in distress and when they cried out to God, He came to their defense. God does hear prayer! There is no question about that!

“He controls the course of world events;
he removes kings and sets up other kings.
He gives wisdom to the wise
and knowledge to the scholars.”
Daniel 2:21

Beth Moore wrote in her study “James – Mercy Triumphs”: “Fall to your face before it knocks you there.”

We might think, discuss and explain the problems in Bulgaria all day long. But: have we prayed for these people? Let’s unite with the churches in Bulgaria this weekend and pray for this nation’s healing!