Skip to content
This past week in our Women’s Bible study on the book of Jonah by Priscilla Shirer we have looked at people in the Bible who got a second chance. And this week’s study is really timed right because I’ve got to extend a second chance to a loved one.
In our study we see Aaron, the brother of Moses, giving into the pressure of the people of Israel and making a “visible god” for them, the golden calf. Later we see God extending His grace & mercy to Aaron and giving him a second chance, and Aaron becomes the first priest in the nation of Israel.
Then there is Sarah, Abraham’s wife. Sarah, Sarah, Sarah… She was impatient. Oh, how I can relate to that. Abraham had received the promise of a son, but nothing was happing. They were waiting year after year, and Sarah did not become pregnant. And so Sarah decided to take matters into her own hands and suggested to Abraham to get Sarah’s servant pregnant and have a child through her servant. This was not God’s plan. But tired of waiting, and tempted by this plan, they proceeded. And God was not pleased. BUT Sarah did get a second chance, and when Abraham was 100 years old they had a baby boy called Isaac. He was the son of God’s promise.
And then there’s Jonah himself. After running from God and being in the belly of a fish for 3 days, Jonah gets a second chance. He lands back in Joppa, just where he started his running. And God asks him again to go to Nineveh and give those people God’s message.
The other big lesson that I’ve had to learn from personal experience is that a shortcut with God does not work. Our God is not a God of shortcuts. He wants complete obedience from me.
And to take matters into my own hands almost always results in a disaster of some kind. (I can’t actually think of a single occasion that did not result in disaster, when I took matters into my own hands.) I mean, the best example to me is Sarah. When she was tired of waiting, she made a plan of her own and chose a shortcut that caused so much pain and heartache in her marriage, and in her family.
And so I was reminded of a Scripture passage in 1 John that I’ve been studying with an online group from Good Morning Girls. 1 John 1:9 says:
“But if we confess our sins to him, he is faithful and just to forgive us our sins and to cleanse us from all wickedness.”
After Jonah prayed (see Jonah chapter 2) in the belly of the fish, after he confessed his sins, God was faithful and just to forgive Jonah and give him a second chance. He sent Jonah back to Nineveh, where he was supposed to go the first time around. And this time Jonah did.

“Our inclination would be to find another route to accomplish what God requires that won’t take as much effort or energy as we will have to expend to obey God completely. Yet Joppa – the place of decision and the crossroads of obedience – seems to be the starting place of most second chances.” Priscilla Shirer

I am so grateful for second chances! 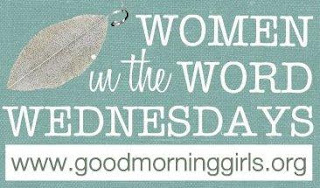