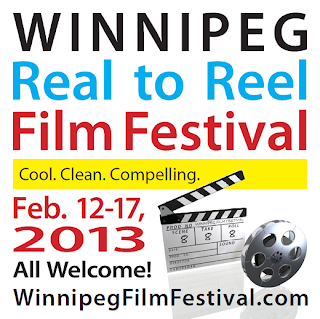 I have the great privilege to volunteer for the Winnipeg Real to Reel Film Festival. It’s my third year of being involved with this project. And let me tell you, it’s been so much fun. We’ve got a really great team of people working on it. For this year’s film festival we started with our first meetings at the end of August 2012. So it’s been a long journey… with many, many long meetings…

But we are getting closer… It’s only 2 weeks away.

We’ve got such a great lineup this year again! One of the films we will be screening is “Trade of Innocents” that was released in fall of 2012. It’s on the topic of human trafficking. Not a pleasant but very real topic. It’s not easy to watch, and many people refuse to be confronted with the topic of sex slave trade and human trafficking. But I believe it is a very worthy cause to get involved in. Every single life saved is a big victory! Watching this film has opened my eyes even more to the evil that exists and is very real.

Here is the trailer for “Trade of Innocents”

Check out the rest of the trailers and full lineup  at www.winnipegfilmfestival.com